Home Blog The DevOps life-cycle, as it happens

If we leave aside considerations on the impact of automation across the DevOps life-cycle as we know it, here is what I typically experience (and act on) when introducing, or enhancing, a DevOps model; I RAG-coded each phase to highlight paint points and focus areas:

Before ending this post, and to follow-up on a note I wrote in the Monitor phase, I thought of adding a real-life example of workflows configured in Jira which although they very much look-alike, they are not identical; the first one shows the evolution of status from the point of origin of a new issue (request for bug-fixing, or enhancement) as a new ticket logged by Operations/Customer all the way to closed; “In Progress” here means analysis and validation and not just development work, as we still don’t know whether the issue is product-related or else – in the latter case we want to be able to move status straight from “In Progress” to “Closed” after adding in the ticket a comment to explain why no further action from Development is required: 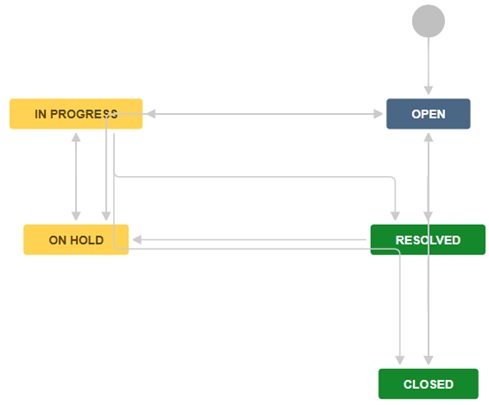 The second workflow here below is specific to the execution of actual bug-fixing work and it should follow the creation of a new user story to be associated to the Jira ticket with breakdown in tasks – you will notice that in this case you can’t move status directly from “In Progress” to “Closed” without going through “Resolved”, and this is because with actual development work having been performed, it is for Operations/Customer to validate the closure of the ticket after very likely carrying out their own UAT: 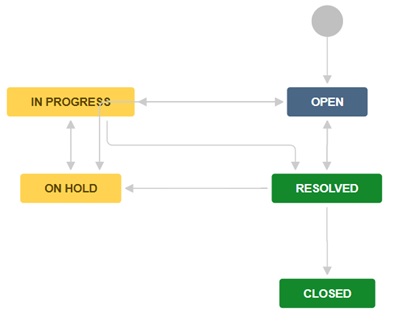 If you wish to follow-up on the topic, then feel free to reach out by messaging me on LinkedIn or Twitter.